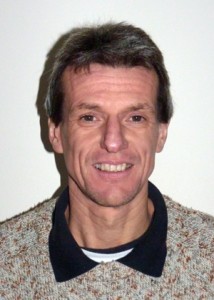 I have been playing chess for over 40 years having learnt the game whilst I was at Primary School.

When I was 15, I became a member of Worthing Chess Club and I have been hooked on chess ever since, both the social and academic sides.

I have been Worthing Chess Club Champion several times – first title in 1980 and most recent in 2011. During the late 1980s I was a keen correspondence player and gained the title of Correspondence Master. I made my over-the-board debut for Sussex back in 1981 and played on top board for a couple years during the 1990s.

In 1997 I qualified for the British Chess Championships having achieved a rating of 220 ECF in the previous season.

In 2006, I wandered along to a Sussex Junior Chess event with my 11 year-old son and this was a real education for me. It was fantastic to see children enjoying their chess, building friendships and socialising between fiercely competitive games. Immediately I began running a chess club at my children’s school and later in the year become a coach and team manager with Sussex Junior Chess.

In October 2011, I became Sussex Junior Chess Academy Director for South-West Sussex, responsible for encouraging and developing chess in Schools within the area.